Why should you attend? 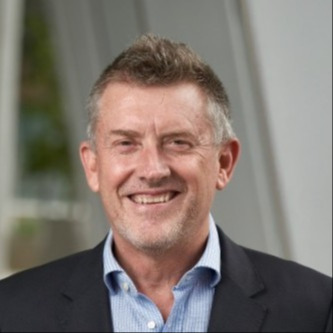 Craig Holmes has undertaken a number of MEA leadership roles to champion the industry and solutions business in MEA. Having built IBM's SA telco industry team in 2011, Holmes went on and built the IBM Africa telco strategy with a team of industry specialists and CTAs, before accepting the role of GMU Communications Sector VP. There he was responsible for defining the industry strategies and leading the overall delivery thereof.

Returning to MEA in 2014, Holmes ran the MEA Industry Solutions Sales team at IBM and developed a well-defined and deliverable set of replicable industry solutions, coupled with development of a strong culture of sales industry eminence.

Prior to his assignment in MEA, Holmes spent 18 years in Europe and joined IBM UK GBS through the acquisition of PwC Consulting. He has been telco industry executive for North East region, focusing on sales opportunities and large-scale transformation programmes at TDC, Orange, Deutsche Telekom and Vodafone.

Prior to this, Holmes was responsible for building the telco industry solutions team in Europe as part of the global initiative. He spent two years working in Eastern Europe and Russia. Holmes was born in South Africa and qualified as a chartered accountant with Deloitte.

This event is aimed at decision makers in the cloud, IT strategy, IT operations and virtualisation spaces. Your confirmation of attendance is conditional to approval by IBM, which brings you this event in conjunction with ITWeb.
Follow the ITWeb Events community to engage with your peers, read our editorial pieces, newsletters and more. Follow our Twitter group @ITWeb_Events and post your thoughts and opinion using the Twitter handle
#IBMCloud
Back to topContact usAdvertiseSubscription centerTerms of use
Intelligence you can trust