Micro Focus is uniquely positioned to help customers maximise existing software investments and embrace innovation in a world of hybrid IT, from mainframe to mobile to cloud.

Micro Focus is one of the largest pure-play software companies in the world, focused from the ground up on building, selling and supporting software. This focus allows the company to deliver on its mission to put customers at the centre of innovation and deliver high-quality, enterprise-grade scalable software that the Micro Focus teams can be proud of. Micro Focus helps customers bridge the old and the new by maximising the ROI on existing software investments and enabling innovation in the new hybrid model for enterprise IT.
www.microfocus.com

Effective RPA is all about the process 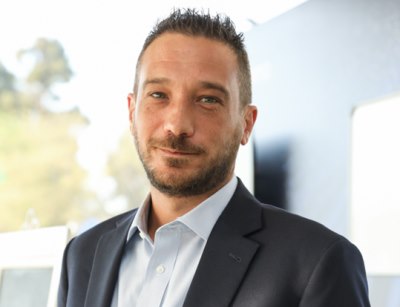 Robotic process automation (RPA) – which allows a software robot to mimic human behaviour – although still a relatively new technology, has, in recent times, gained a lot of industry attention. Since it is ideal for jobs like processing a transaction, communicating with other devices, triggering responses and manipulating data, and it offers flexibility and scalability across all industries, this is not surprising.

So, why are there still some decision-makers on the fence as to whether or not RPA is worth their time and effort?

According to Emiliano Tizzoni, senior pre-sales engineer at Micro Focus, it is because many still view RPA as a tool to complete the same tasks, in the same way as usual, only more quickly and using robots. However, he explains, for RPA to succeed, one must first improve the underlying processes.

“RPA cannot help your organisation if its underlying processes aren’t already geared towards allowing automation. Unless your current processes are optimised first, any RPA deployment will simply make a poor process run a bit more efficiently, delivering short-term and limited gains at best. The same goes if a process is broken, because then attempting to automate it will not succeed,” he says.

“Therefore, it is important businesses first identify the process they wish to automate and then work with the people involved to record every action undertaken by users. Once this phase is complete, you will have checkpoints which can help determine the parameters that will be used in the automation process.”

These checkpoints are crucial, he says, as they enable the user to double-check that everything works properly, which is crucial in a situation where one is talking about a machine operating just like human, but without any human intervention. Thus it is important to ensure the process cannot be interrupted at any point. This, in turn, requires both electronic security measures and physical ones, in the form of access control.

“The key to successful RPA is to focus on automating the boring, repeatable jobs, as these are not only less interesting to human beings, but, by their boring nature, also increase the possibility of human error occurring. Moreover, automation of the basics frees up people to focus on more complex roles.”

“A good example is how, in the past, Rolls Royce built everything by hand, which meant they could only produce a couple of models, with no option for customisation. Automation ultimately not only afforded the opportunity to increase the range of vehicles produced, but the people freed up through its use are now focusing on customising vehicles according to customer preference – making this a genuine win-win situation.”

Tizzoni points out that introducing RPA offers a wide range of benefits. These include cost savings, thanks to reduced operating costs and increased throughput; significant process improvements enabling the business to get more done in less time and add or change processes as required; and the redeployment of resources to higher value functions, enabling employees to offload tasks to robots so they can instead focus on the customer and the task at hand.

“Other benefits include improved productivity, thanks to minimising manual, error-prone processes; improved quality, due to increased compliance and auditability, as well as increased consistency with standardised processes; improved customer service, as fewer human errors will increase customer satisfaction; and improved compliance, since all RPA steps are recorded for historical auditability.”

He explains that any mention of the word automation inevitably conjures images of people being made redundant, but the fact is that as long as the enterprise undertakes a programme of upskilling for these people, instead of finding their roles eliminated, they should instead be freed up to undertake more rewarding and fulfilling jobs instead.

“Ultimately, though, RPA is something that should initially be used for automating simple and repetitive tasks, and as an increasing number of positive results and clear benefits are realised from this, so the focus can be shifted on to the automation of bigger, more complex processes, which will deliver even greater benefits to the business,” he concludes.