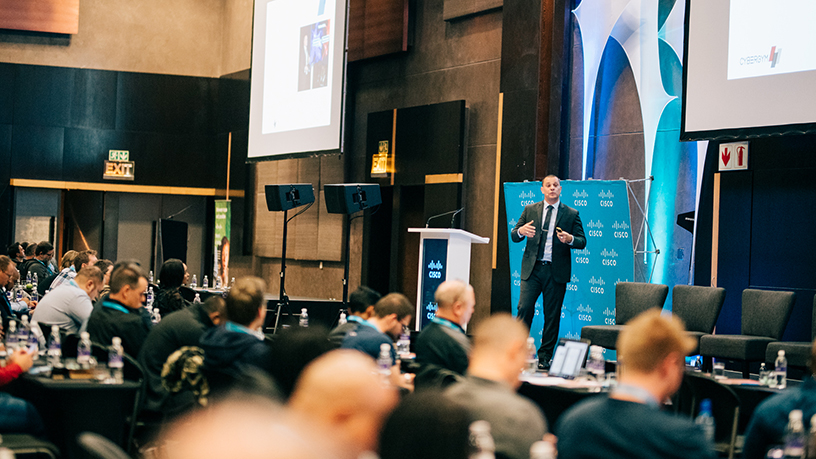 Businesses rely on predictions in order to set their strategies for the future, yet no one can predict precisely what will happen in 10 or even five years.

That makes us vulnerable, particularly in the area of cyber security where the type of threat is changing all the time and the sheer quantity of attacks is growing exponentially.

The best way to prepare for this uncertain future is to ensure that we have the right skills and trained people who are capable of dealing with whatever happens – even if we have no idea what form that might take.

That was the take-home message from Ofir Hason, CEO and co-founder of CyberGym in his international keynote address at ITWeb Security Summit 2019 yesterday.

CyberGym is a global cybersecurity organisation established as a joint venture between the Israel Electric Corporation – the country’s sole electricity supplier that faces countless cyberattacks daily – and Cyber Control, a cybersecurity consultancy set up by former operatives and security experts of the Israeli government’s National Information Security Authority (NISA).

Hason told delegates that with Israel under constant attack, its survival depended on having technological superiority in all fields, including in the cyber realm. Recognising that the development of operational capabilities that could protect the country’s vital computer networks and safeguard the country’s national economy and future was critical, the government established NISA in 2002 and acted as the coordinator and business catalyst for cyber development in Israel, widely regarded as a world leader in cyber capabilies.

In 2018 Israel exported US$6,5billion worth of cyber security products and it’s estimated that Israel has about 20% of all private cyber security investments globally.

According to Hason, the Israeli military played a vital role in the development of the country’s cyber industry, serving as a start-up incubator and accelerator for cyber defence activities and companies like CyberGym. By drawing inspiration from military tactics, particularly those of military intelligence, and adopting innovative approaches that involve thinking outside the cyber box, their goal is to combat cyber warfare and cyber terrorism.

In addition, this military approach is complemented by ongoing co-operation and collaboration with other players in the cyber arena including different agencies and private sector organisations both within and outside Israel, as well as those involved in academic research and education.

This, it is hoped, will help to prepare for a long-term future that cannot be predicted, Hason said.

He offered delegates some short-term predictions, and said by 2020 he believed:

Moreover, the opportunities for illegal data capturing will rise as a result of greater connectivity – ubiquitous WiFi and the Internet of things.

“While all this is happening, we will be facing a widening knowledge and skills gap as we battle to find people with the right skills to combat these threats,” Hason said.

The solution, he concluded, lay not only in developing the technology to counter these threats – which would be difficult if one did not know exactly what type of threats would appear over the next few years – but in preparing and training people, usually the weakest link in any emergency response system, to know how to respond to cyber challenges, regardless of the form these would take.