Why should you attend 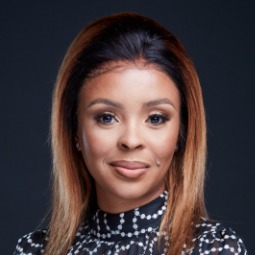 Nastassia Arendse is a business news anchor at the South African Broadcasting Corporation (SABC) helping viewers navigate the world of money and investing. She is the host of a weekly book feature at the public broadcaster where she sits down with local and international authors. In addition to that, you can catch her on KayaFM.

Having debuted on radio as a traffic reporter for YFM (99.2 FM), Nastassia has been in broadcasting for 11 years, and has worked in both television and radio. As a television anchor, she presented Closing Bell East Africa and Open Exchange on international business channel CNBC Africa. She has also hosted business shows on Business Day Tv, SAfm and Classic FM.

As an experienced reporter, she has covered global commodity markets for Moneyweb writing features that track changes and trends worldwide in the commodity space. The beat focused on how prospects for the global economy, interest rates and currencies influence investor decisions in relation to gold, precious metals, fixed income and equities.

In 2015, she hosted a show called Africa’s visionaries for Skytv, which aired in the UK on channel 412. She has interviewed a range of business leaders.

She represents a new breed of journalists that have managed to break the mould of the profession and explore different avenues in the media and public sphere.

She is a Tedx alumni and you can watch her Ted Talk titled “Living from the Inside Out” here: https://bit.ly/2EcS9wq

This free-to-attend online event is for business and IT decision makers. Your confirmation of attendance is conditional to approval by iOCO, which brings you this event in partnership with F-Secure and ITWeb.
Follow the ITWeb Events community to engage with your peers, read our editorial pieces, newsletters and more. Follow our Twitter group @ITWeb_Events and post your thoughts and opinion using the Twitter handle
#BeatingPhishing
Back to topContact usAdvertiseSubscription centerPrivacy Policy
Intelligence you can trust