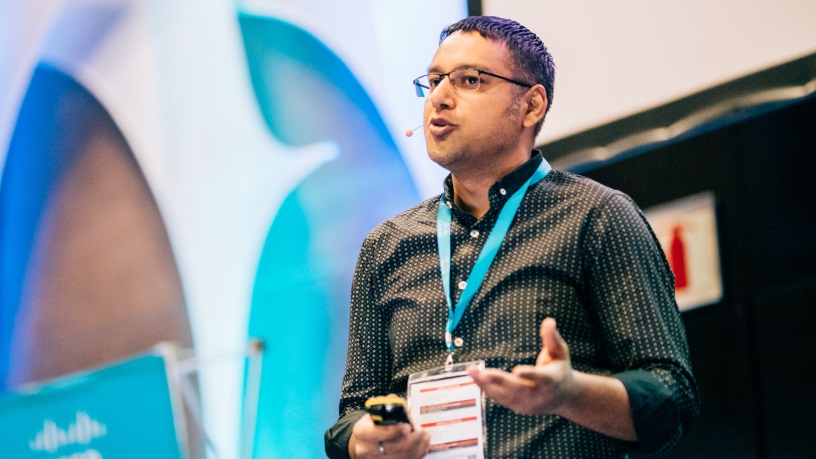 Cyber analyst Pukhraj Singh said every premonition he’s had about how diplomacy and conflict that is going to play out in the cyber space has come true.

Singh was in South Africa this week for the ITWeb Security Summit 2019, where he delivered a keynote on politics, geo-strategy and power in cyber security. A deep thinker, he is employed by the Indian government as an analyst, a position he has held for the last decade and played a key role in setting up its cyber defence operations centre after the terror attacks in Mumbai in 2008 in which 171 people were killed.

He drew parallels between the way war is conducted in cyber space compared to the real world, or, as he refers to it, the ‘meatspace’. He thinks the world is now moving away from conventional war, which will be replaced by persistent, low-intensity cyber warfare in your own territory.

He quoted from The Darkening Web: The War for Cyberspace, byAlexander Klimburg, a programme director at The Hague Centre for Strategic Studies, among other positions: “The apocalyptic fear is not the lights will go out because of a cyber attack; the real fear is that the lights will never go out; and that you’ll be subjected to a panopticon of surveillance and manipulation from which you cannot escape.”

Singh believes true innovation in cyber war uses cognitive techniques, and that currently, the world is involved in a cyber ‘arms race’.

“When the Middle East wants to mount a cyber operations, the exploit would be worth $2 million and that’s a systemic arms race.

“WikiLeaks, on the other hand, gained information, ‘and then weaponised it’. “It worked perfectly and totally altered the fabric of geopolitics and international relations over the next couple of years.”

He said the US cyber command is also now employing this tactic, and is uploading Russian malware to the internet. “That’s a perfect information warfare strategy at play. In fact, the Western cyber apparatus is catching up on the playbook; it’s interesting.”

He quoted the Bulletin of the Atomic Scientists as saying that rather than a cyber-Armageddon that causes a financial meltdown and nationwide electrical blackouts, a larger risk is the cyber information warfare that will destroy trust and cohesion of society.

“We are at that level. We are being cognitively manipulated, and this is the true dimension of cyber warfare right now.”

He said the normal ‘attack surfaces’ such as laptops and servers, were becoming passé. “Your brain probably has as many attack surfaces as your network architecture.”