Welcome to the game of phones

Emerging technologies leading to 5G are the talk of the town, and rightly so, as the market is about to witness some rapid updates. Market analysts and companies are coming up with various forecasts based on the global ICT trends.

One common train of thought emerging from these trends is that the number of phones, devices and other user equipment collectively will amount to billions globally by the year 2020, with one estimate predicting 30 billion devices with data generation in zettabytes.

Social media sites are also adding to this trend in increased demand, with an estimated 100 000 tweets and 0.7 million status updates every 60 seconds. Video sharing, searches and instant messaging can also be added to the list. In short, social networking sites are a huge source of massive unstructured data generation.

It is a fact that data is revenue and regarded as fuel for digital economies. Data storage, mining and analysis are the three key steps to achieving the full benefits of big data. Data mining transforms the data into a valuable asset, which can help in numerous ways. But the opportunities appear with some bottlenecks as well, which need to be bypassed successfully; for example, the ability to receive data with extreme velocity.

Who are the biggest data generators?

The biggest data generators include business models encompassing satellite transmission; global positioning systems; airlines' extensive daily usage; and then, of course, online shopping based on e-commerce is one of the mainstream contributors in the data generation.

The Internet of things is rapidly being replaced by the Internet of everything, involving smart applications that will contribute to the anticipated data surge.

Examples abound and include smart homes with smart air conditioners, to be specific, capable of measuring both human body temperature plus outdoor environmental conditions and intelligently adjusting room temperature accordingly - this involves a lot of data. The not-so-futuristic self-driving cars - already in use in the US, with Uber recording a first delivery of Budweiser Beer across America in a self-driving truck - have the sensors to record the size and distance of obstacles... these vehicles will generate an immense amount of data. Smart meters are another issue, as they are expected to have 100 million data reads per day, per million meters.

More devices means more data generation, which will lead the market to some serious business opportunities.

Contextualising these few scenarios, it sounds like a clich'e to consider Internet-enabled user devices as the only major sources of data. Obviously, that contributes a massive chunk, but other future business models based on machine-to-machine systems will be here to challenge data architects and scientists.

What about big data?

Big data is an important building block of future, smarter business models. Traditional systems such as commodity hardware are not designed to sustain such a huge influx of data, as it is not only about the storage, but also the speed at which the data is received.

Undoubtedly, the traditional systems can be cascaded with various storage mediums, such as hard drives, etc, but the key lies with fast processing of the data, which largely depends on the quantity and quality of processors. That is the heart of the matter behind the need to have separate big data platforms.

Big data demands powerful processing with horizontal rather than vertical scalability. Adding preconfigured machines with colossal storage facilities and processing capabilities each time there is a need would be a consistent future requirement.

One thing that distinguishes big data from various business intelligence technologies is analytics. Big data analytics is one of the key features of the big data landscape, besides batch and event processing and distributed database and search.

Predictive analysis can be used to forecast future situations, such as the sales potential of a particular product in a particular time period. This can enhance businesses exponentially and has already done so in the recent past.

Take some examples of the over-the-top content providers like YouTube, Netflix or Amazon, which analyse user behaviour. This allows them to present relevant content preferences to the surfers. The same method can be adopted by other business segments in order to offer products to the right people at the right time and thus produce the right revenue.

Not only is it a fact that more data generation would give a strong impetus to various commercial activities, but the opposite is also true. Business and data can be considered interrelated. However, it is the four Vs, namely: volume, velocity, veracity and variety that are the pivotal features that would define big data's value proposition.

In a nutshell, big data can be considered to be synonymous with improved businesses, better economies and enhancing life in general. 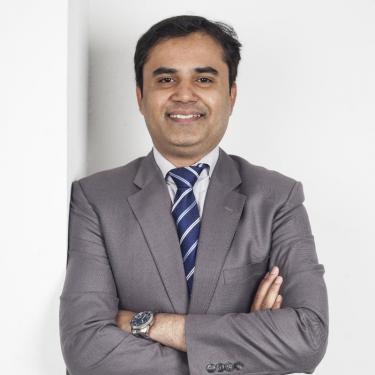 
Fahad Nisar is technical marketing director at ZTE SA. He is a professional engineer with an honourâ€™s degree in computer systems engineering, specialising in networks and telecommunications. He holds various professional memberships and attained technical certifications during the course of his career. He has worked in the telecommunications industry for over a decade. Nisar has been working in ZTEâ€™s global training centre for the past six years. Over the years, he has gained experience in technology solutions management, sales and marketing, and technical and strategic consulting. He has also worked in an array of technology arenas, such as radio, mobile core, VAS and cloud-based solutions. His current focus is in the area of emerging technologies leading to 5G.