Open source software is primed for explosive growth in 2010 and beyond.

Open source software (OSS) started 2000 as an emerging contender in the enterprise software market, used only in a few corners of the average organisation's IT infrastructure.

What a difference 10 years makes! Today, OSS solutions can be found running mission-critical functions in businesses of all sizes.

Looking ahead to the next decade, I'm expecting OSS to continue its relentless growth and move into parts of the IT infrastructure that have been dominated by commercial software offerings to date. What follows is a few trends I expect to see in the years ahead - from 2010 and beyond.

Last year proved to be a watershed year for OSS in SA and many other parts of the world. Tough economic conditions prompted many organisations to look at alternatives to proprietary software for the first time. Others that already had positive experiences with Linux and with open source Web server platforms are expanding their use of OSS.

Even though a move is beginning into more positive economic territory in the early part of 2010, I'm expecting to see growth of OSS follow the trajectory it did in 2009. Many organisations have realised there are open source solutions that can do the same job as expensive proprietary solutions at a lower cost and with no compromise to reliability or performance.

Today, many enterprises are looking towards major commercial software vendors such as Microsoft for server virtualisation solutions. But in reality, many of these solutions have at least some open source technology under their bonnets.

I'm expecting to see many of the Linux players, like Red Hat, stake a claim on the virtualisation market during 2010 and beyond, providing a formidable challenge to the vendors that currently dominate the space and giving customers credible and cost-effective new alternatives. These open source virtualisation solutions come to market with proven security, performance, scalability and cost advantages.

3. OSS branches into more parts of the enterprise

OSS solutions can be found running mission-critical functions in businesses of all sizes.

OSS has proven its value in many parts of the enterprise already - many users already depend on the Linux operating system, Firefox Web browser, and Apache Web Server during their day-to-day working lives, for example. In the next phase of its development, I expect to see OSS become popular for more complex, less commoditised applications such as enterprise resource planning, customer relationship management and even business intelligence.

As companies grow more comfortable with OSS, so they'll see potential to use it in more areas of the business. Already a growing adoption of applications such as the Zimbra collaboration platform can be seen, which some companies with tens of thousands of users rely on for e-mail and calendaring functions.

Gartner research shows that open source business intelligence tools are becoming a mainstream deployment option for all kinds of usage, with price-conscious midsize companies and government in particular embracing them.

Some analysts have suggested that cloud computing - the consumption of software functions in an on-demand model across the Web - is stealing OSS's thunder. In reality, OSS will be the technology that will power clouding computing into the future. Many of OSS's benefits - rapid development, support for industry standards, vendor neutrality, and avoidance of vendor lock-in - are especially important in the cloud computing environment.

Companies that already provide cloud computing services - Google, for example - make extensive use of OSS in their IT infrastructures. And most of the major OSS vendors and working groups are positioning themselves to play a major role in the new cloud computing world.

During the last decade, OSS moved from an underground movement into a mainstream business philosophy. It is clear that over the next year, indeed, the next 10 years, it will continue to be an engine for innovation and a major part of the software industry, even as new paradigms such as cloud computing begin to change the way that businesses consume their software. 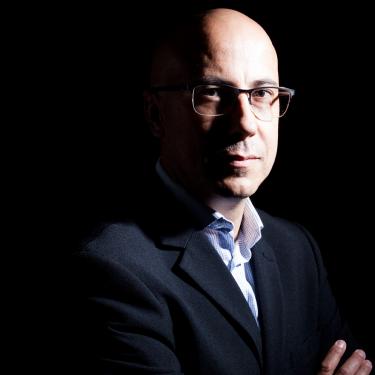