Is Agile a threat to project managers?

Make no mistake, Agile is here to stay, and is the way of work in the future.

One of the burning questions for many project managers today is whether working in an Agile environment is a threat to their role. The short answer is no, but there's more to this perceived 'threat' than meets the eye.

As a project manager, unless you're particularly precious about your 'title', Agile is something that should be embraced, not feared. After all, Agile is a project management methodology that uses short development cycles called 'sprints' to focus on continuous improvement in the development of a product or service.

But this is only part of what Agile is about; it's a philosophy made up of 80% 'culture' and 20% delivery method, wrapped up into a way of being and doing that permeates every aspect of professional life, not just the project at hand.

Earlier I mentioned this is only an issue if you're precious about your title, because in this new Agile environment you're no longer a project manager but rather a value generator and facilitator, working as part of a holistic web of teams all pulling in the same direction to achieve the same set of ever-changing goals.

The days of planning, managing the plan, and sticking to the plan 'no matter what' are over.

If this all sounds like a lot to take in and get used to, you're right, it is. It necessarily requires you, as a traditional project manager, to change your mindset. Do you see yourself as a project manager or an enabler? A ruler or a leader? The latter is where you want to be, the former what you want to leave behind.

If, as a project manager, you're helping facilitate people and teams through a process in the business by means of purpose and through trust, you're already there, you're an enabler, and in the Agile sense, you've arrived. If, on the other hand, you're still obsessed with rules and structures, and like to think and act sequentially with a well-defined chain of command, then there's work to be done...

That work involves actively changing the way you think, and therefore act. You're literally going to be creating new neural pathways in the brain: a science called neuroplasticity, which we don't need to get into here. It's enough to know the old adage that 'old habits die hard', and so the work involves changing habits.

Think of it like a new gym routine; the first few days are a real struggle as your body adjusts to a different way of doing things. By the third week, however, the constant repetition has created a new behaviour, and within a year or less, the neural paths are set and the new behaviour becomes default. The only expectation is to unlock your mind so that it's receptive to the changes it needs to undergo. The Agile frameworks that are available will help create a new routine.

Make no mistake, Agile is here to stay, and is the way of work in the future. The days of planning, managing the plan, and sticking to the plan 'no matter what' are over. It is critical for you to be able to maintain a certain level of flexibility in order for you and your team to change course in response to demand. The only predictability you want to see is the predictability in terms of the team validity. We no longer want a predictable and planned outcome in terms of scope.

The good news is that switching on an Agile mindset needn't be difficult, and I've put together some pointers below that will make the journey even easier:

1. Get training. Even if starting with a basic one-day Agile bootcamp (Agile fundamentals training, for example) you'll get some understanding and appreciation for what this 'Agile thing' is all about. It's not a natural change.

2. Focus on keeping the scope flexible. This is a fundamental departure from the world of traditional project management. Enable teams to 'pull' work rather than push work to them. Create a backlog of items that need doing, and enable teams to pull from that backlog on demand.

3. Be as transparent as possible. Anything you want to do, do it transparently, not only with stakeholders but with the entire team. Even share your thought process and build trust.

4. Value the voice of the project team. Empower your people. Don't be the know-it-all; they are the subject matter experts in what they do, so let them do it.

5. Facilitate business to prioritise the backlog. Facilitation is still 80% of what you do in an Agile project management environment.

6. Make projects fun again. If it's fun, the team is fully engaged. Many times in a traditional environment, teams are split between projects, so make them want to be part of yours.

7. Drive the minimum viable product (known as MVP) at all times. Limit the team's output to something that's functional. You don't need to work to Rolls Royce standards if you only need a Ford to get you there. The quality will come when everything is working as it should because we did not try to be superman in the process.

Remember, drive value at all times, enable and trust your team to do the job, and don't see yourself as more important than the team. If you think you're always the most important person in the room, you close yourself off to changing your mindset, and in doing so, Agile becomes the threat it doesn't need to be. 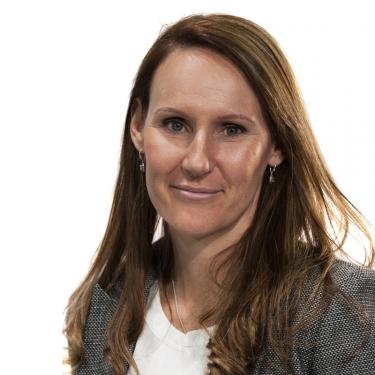 
Melani French heads up DVT's business enablement and Agile transformation practice. She is responsible for the delivery of consulting and training services to clients in the Agile, program management, project management and business analysis space. Having joined DVT as an Agile leader in 2011, French's strong technical, delivery and leadership background enables her to assist many organisations to optimally deliver solutions. Her passion is leadership and Agile delivery since these are essential for companies to thrive in a competitive market.