Implications of a digital world

Do we really understand the scope of the digital impact, and how it will affect large organisations, and the communities they support?

We all know that we are living in the digital age. We all accept this; along with the impact digital has on our daily lives. This is particularly evident in the IT industry, where there is a large focus on delivering mobile applications and a mantra of "mobile first, then Web" now firmly established. In fact, the concept of the Internet of things is here to stay, and we all know it.

But have we really understood the depth and breadth of the digital impact, in terms of how this will practically affect large organisations, and the communities they support? Let's take the retail industry as an example.

Modern retailers today provide a combined offering of food, textiles and some form of social connection; be it a restaurant, coffee shop, juice bar, magazine offering, etc. The large retailers are built around larger stores in the urbanised areas, and smaller stores in the rural areas, with mega-stores in the city hubs. This is reasonable: the bigger stores must be where all the people are.

Now, bring in the concept of digital, and suppose the retailer releases a mobile app for all types of shopping. Firstly, I can see some challenges in setting this up. The retailer has built a brand that is largely centred on the stores. There will be an inevitable reluctance in having that branding move away from the stores.

There will also potentially be human resistance, as people will not want to reduce the importance of the wonderful stores they have spent a lifetime building. Sadly, it is largely this very human factor that will result in some large organisations slowly disappearing, as this resistance will prevent these companies from remaining relevant in an ever mobile, digital world.

Considering this, what happens to our future when this becomes a reality? I imagine a slightly dystopian future. Imagine: a calm quiet will prevail over our previously busy city-scapes. Where are all the people? They are not hiding in bunkers, avoiding the "zombie apocalypse", but rather entrenched, unmoving on their living room couches. The whirring noise in the background is not the soft sound of helicopters hovering overhead mowing down zombies in their thousands, but rather the gentle humming of drones, delivering packages ordered on our phones, to our very doors.

I believe that once mass adoption of the mobile app occurs in this scenario, the evolutionary journey of the stores will reverse.

In this future that I portray, what happens to the physical stores? As soon as there is significant uptake, and trust me, there will be, this will lead to a visible reduction in traffic in the store. What is the impact on the organisation? Large stores that are no longer economically viable, staff that no longer have work?

I believe that once mass adoption of the mobile app occurs in this scenario, the evolutionary journey of the stores will reverse. Urban mega-stores will slowly reduce in size as the in-store traffic reduces. The mega-stores might need to further consolidate into smaller stores, relying on the social connections to serve as the new focal point of their business. Only the most popular food and textile items will be on sale in a vastly reduced, satellite store front. Imagine a small coffee shop and restaurant with a small grocery and clothing shop attached. In short, the coffee shops and restaurants become the draw card, with an ancillary shopping benefit attached.

Retailers without these social connection hubs will need to look at either rapidly engaging in this fashion, or identifying third parties they can partner with to offer a similar experience.

Conversely, the rural areas might see the opposite. While the rural areas have equal access to mobile applications, the ability to deliver goods such as groceries and clothing economically to individuals over long distances ordered via a mobile app, might be lacking, or impractical. In this case, we might see an increase in rural mega-stores servicing a wider community. Alternatively, we might see an increase in smaller, more localised distribution centres that can offer a reduced level of mobile-driven delivery. At the very least, the size of the existing stores and their associated traffic will probably remain unchanged.

In this view, we may even see some very old concepts returning to the modern world. Consider the concept of the peddler who used to travel from village to village, offering goods and services from the back of a wagon or donkey. Potentially, large retailers might introduce some similar mechanism to "bring the store to the consumer", on a recurring basis. This may not be used for regular items, but for the niche items that don't typically appear in the rural stores.

How do we effectively deal with the real-world impact of disruptive digital transformation? Some of us will resist this trend and its implications, but I feel there will be some of us that look for opportunity in the vacuum, to turn the negative impact of this disruption into new, novel business channels. 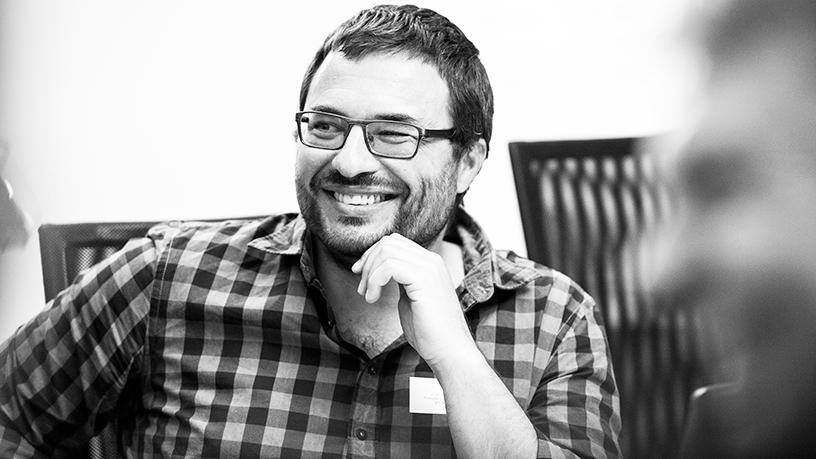 
Julian Thomas is principal consultant at PBT Group, specialising in delivering solutions in data warehousing, business intelligence, master data management and data quality control. In addition, he assists clients in defining strategies for the implementation of business intelligence competency centres, and implementation roadmaps for a wide range of information management solutions. Thomas has spent most of his career as a consultant in South Africa, and has implemented information management solutions across the continent, using a wide range of technologies. His experience in the industry has convinced him of the importance of hybrid disciplines, in both solution delivery and development. In addition, he has learned the value of robust and flexible ETL frameworks, and has successfully built and implemented complementary frameworks across multiple technologies.