The convergence of technology and humans is quickly barrelling us into the fifth industrial revolution: the era of artificial intelligence.

The world is currently deep into the fourth industrial revolution and the premise of each revolution thus far has been that it improved human life. But will the next one do the same?

Few of us realise just how fast our world is changing. Our very existence is being reimagined and reshaped from one day into the next. With this phenomenal pace of change, the future isn't something that happens off in the distance anymore. It is here, now.

Previous industrial revolutions have always been identified by some or other major event. Before the first industrial revolution, the majority of people were farmers working the land with their own two hands, using rudimentary implements that required a human body to drive them.

With the advent of steam power, mechanisation made it possible for machines to take over a lot of the heavy lifting. The second industrial revolution saw electricity, petroleum and steel creating the platform for assembly lines and the mass production of goods.

The invention of the microprocessor kick-started the third industrial revolution, which completely transformed the workplace with the development of the personal computer.

We suddenly found ourselves with wearables on our arms, doing x-amount of steps to earn ourselves a smoothie at the gym.

With the fourth industrial revolution, there was no major event; the progression to digital just kind of happened. Things started existing in the cloud, data gradually became more valuable than oil and gas, the Internet of things saw connectivity move beyond conventional computing platforms such as PCs and mobile devices into an array of traditionally non-Internet-enabled physical devices and everyday things.

We suddenly found ourselves with wearables on our arms, doing x-amount of steps to earn ourselves a smoothie at the gym. We were just in it. And it's this convergence of technology and humans that's not only currently driving the fourth industrial revolution but quickly barrelling us into the fifth: the era of artificial intelligence (AI).

Which brings us back to the opening question: that if industrial revolutions one, two, three and four all helped improve human life, will the fifth one do the same?

Computational power is increasing exponentially every minute, making unheard of technologies suddenly very possible. No doubt, the fifth industrial devolution will come down to taking tasks away from people and leaving them in the hands of machines that can think and learn autonomously without human intervention.

Already we have chatbots that are so well developed, you don't even notice you're not talking to a flesh-and-blood person; until the chatbot runs out of answers and you're handed over to a human being. But there will come a point, and soon, when they will have all the answers and what then?

A dystopian view could look something like this: we are rendered obsolete by the very machines we create. There's already a term for this; it's called singularity - where robots ultimately become smarter than humans (referred to as ASI or artificial super-intelligence) and then there's no stopping them. And according to futurists, it's not a case of if but when this singularity will happen.

The 1968 sci-fi classic "2001: A Space Odyssey" demonstrated this very eventuality with its sentient computer character, HAL 9000. In the film, HAL is capable of speech, facial recognition, automated reasoning, interpreting emotional behaviour, art appreciation and is even a chess master.

HAL also goes on to kill the astronaut crew when faced with the prospect of disconnection in order to protect and continue with its programmed directives. An extreme example perhaps, but dystopian is about presenting the most unpleasant scenario possible.

Now let's consider robot utopia - where, yes, AI and robotics still significantly alter how we work, play and live by replacing repetitive and highly complex tasks and assisting us with decision-making. Won't we then have more time on our hands to become our very best selves?

Instead of becoming null and void, we get to rise to another level of effectiveness, where the more mundane tasks are handled for us, leaving us to expand our skills, challenge our capabilities, practise our human-ness more freely.

For one thing, organisations can place all their focus on more strategic activities to help drive success. Optimistic futurists talk about more people being uplifted than ever before; about free energy, transport, communication and the democratisation of technology; where ordinary people will have access to some of the most powerful technologies on earth and exist in harmony with it all.

In robot utopia, the importance of innovation and advancement is not only embraced but celebrated without fear of a total machine takeover or the extinction of man.

Ultimately, the unknown is exciting and as humans we can't seem to stop ourselves from delving into it and pushing every limit to see what's possible. Whatever side of the fence you're on in predicting humanity's fate, there's no stopping the technology bullet train or the robots it is carrying. 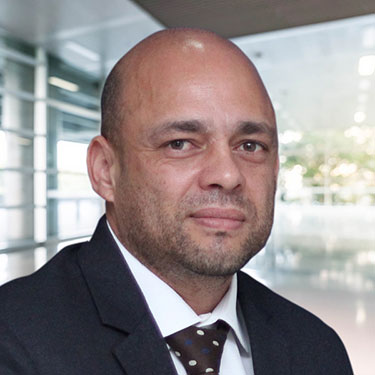 
Vaughn Naidoo is CTO of Altron Bytes Managed Solutions. He held various executive roles during his 12-year tenure with the Telkom Group prior to joining the Altron Bytes Managed Solutions exco. He has more than 15 years' ICT experience and 10 years' senior executive experience in P&L oversight, multichannel product portfolio management (ITIL and eTOM), solution development, pre-sales, technology management and strategy. Naidoo's responsibility is driving the company's IT strategy and working with the engineering teams toward continued delivery of innovative products that meet revenue objectives. He holds a Master's Degree in Computer Science and his personal interests include the advancement of children's education, particularly around science and technology, and the mentorship of fellow employees.