Ripped jeans, ponytails, dev geeks - a disruptive, innovative and technical breed of test consultant is on the way...

One of the most memorable images in American history appeared at the outset of the First World War. A figure named Uncle Sam was depicted, with a pointed finger, urging young men to enlist for military service. The poster became an unforgettable image of national pride, adventure, volunteerism and self-sacrifice.

In the world of IT delivery, companies are desperately calling for software quality engineers to enlist for service. The fast pace of change, triggered by digitisation, robotics and artificial intelligence, is posing a massive risk to companies stuck in the quagmire of legacy systems and the status quo of old-school management styles. The enemy is at the gate, and the generals have been caught sleeping at the helm.

So, what should army recruiters look out for? They can no longer look for more of the same. Forgive the offence I may cause, and with tongue in cheek, I dare say that if the shoe fits, thou shalt wear it!

Globally, and more so in South Africa, IT armies are filled with software testers who conduct testing in a manual way. Some may even claim they are test automation specialists, but on closer scrutiny, one finds that for the greater part, they are only scripters who convert manual test cases into a quasi-automated solution.

Paul Merrill, a test automation specialist, recently published a revealing article: "Why converting test teams to automation is a challenge", describes what many have seen: it is very rare for manual testers to be trained to become good test automation engineers.

The generals have been caught sleeping at the helm.

Merrill advises companies to rather hire good technical automation testers from scratch. Forget about the old team. He rightfully states manual testers who are able to code and automate would have learned to do so already. The sand has been shifting under their feet, the writing has been on the wall for many months, but still, they sit back in their lazy comfort chairs. And as long as they are the keepers of quality, holding their employers to ransom, they will be guaranteed a job.

The ranks of the other platoons are filled with testers who are comfortable to have the buck passed to them at the end of the software development life cycle. But the first responders who fight for the beachhead on the landing grounds are eager to be involved when the war planning takes place. They are highly technical, experienced and can collaborate and consult with their software development peers. They make their voices heard, and when they speak, they make sense and add value.

When looking for SDETs, it is best to entice hard-core software developers into a career of software quality and testing. Companies need to be open to their radical ideas; they need to support their inquisitive minds, and they should embrace innovation and disruption.

And, it is okay if they do not fit in at all. Uncle Sam needs you! Come with your ripped jeans and ponytails. Come as you are. We are ready for you.

The opinions expressed here are the author's own. It does not necessarily reflect the views of any of the organisations he is currently or has previously been involved with. 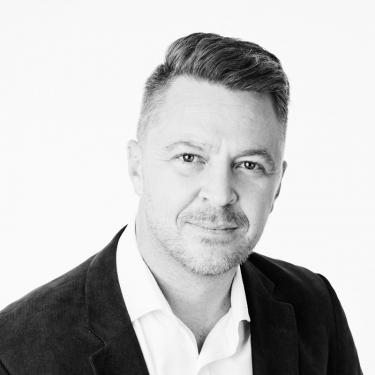 
Johan Steyn is an author and business development specialist who has been selling technology products and services in SA and Europe over the last 20 years. During the last decade, his focus turned to the software quality assurance and testing market. He worked in senior roles for global consulting firms and is currently a senior manager at Nedbank in SA. Find out more online at www.thebusinessoftesting.com and on Twitter @tboftesting.