The rise and fall of IOT

Will the Internet of things make an accelerated descent into the "Trough of Disillusionment"?

Gartner's Hype Cycle for Emerging Technologies first recognised the Internet of things (IOT) as a "technology trigger" in its 2011 publication, estimating it to reach plateau in about five to 10 years.

In 2012, IOT remained in the upper slope of the "technology trigger" but found its estimated time to reach plateau adjusted to more than 10 years. While in 2013, IOT made it into "peak of inflated expectations" and remained there for four years with the same estimated time to plateau.

It was from 2014 that people started to notice a number of native IOT platforms 'rearing their heads' in their "technology trigger" stages. This means that in its five years in the Hype Cycles, IOT only managed to remain a potential technology breakthrough, even though there was some early publicity highlighting several success stories ? but these were often accompanied by scores of failures. As a result, I am interested to see where the July 2017 Hype Cycle will plot IOT and its native platforms.

In fact, my interest in IOT was triggered through a phone call I received from my automobile manufacturer's head office that went something like this: "Good day sir. We know that you are not aware yet, but we are, and your safety is our concern! Your vehicle's rear brake pads are almost finished, so kindly book your car for service at your nearest dealer."

In complete IOT terms, the call should have continued to say: "We also know that you always service your automobile at dealer-X and have pre-booked these dates for you to pick your most convenient one."

This can only mean one thing: the head office IOT platform is not integrated with the booking system department, an IOT challenge already identified by Gartner. I guess we'll get there (plateau of productivity) someday, hopefully soon. However, there are other hurdles we still need to face, such as privacy and security of data as well as the volume of data that is generated.

Of course, vehicles and other physical devices have had sensors gathering data about their state(s) for years, but the data gathered by these sensors was mostly used to display information only on that device's/vehicle's dashboard. However, with IOT these objects can now interconnect and transmit or share this data on their inter-network over the Internet. In fact, it's estimated that, by 2020, there will be more objects (things) on the Internet than people on the Internet.

Although native IOT platforms are still in the "technology trigger" phase on the hype cycle, progress of other technology platforms is already making IOT inroads easier. Big data, for example, opened its doors to welcome data of any type, shape and size for later consumption, while stream analytics ask question(s) on any data in transit. Cloud computing, machine learning, predictive analytics and others have also jumped into the technology collaboration possibilities to make IOT inroads smoother.

To my mind, with the continued fusion of technologies, the possibilities will only be limited by the use cases we can see with the eye of the mind (putting costs aside!)

The IOT Hype Cycle in 2016 was "focused on critical issues for enterprises implementing IOT projects, the challenges of creating custom IOT products and preparing for integration of IOT products by other business units".

Gartner defined a digital twin as "a dynamic software model of a physical thing or system that relies on sensor data to understand its state, respond to changes, improve operations and add value".

Organisations are said to use these digital twins to 1) proactively repair and plan for equipment service, 2) plan manufacturing processes, 3) operate factories or predict equipment failure.

The best way to make it out of Gartner's Hype Cycle for Emerging Technologies is to gain mass adoption, and/or at least mainstream acceptance. An option of 'not making it' is also available as a not-so-good way out!

I am anxious about the July 2017 publication for IOT and related native platforms. I can almost see IOT making its accelerated descent into the "Trough of Disillusionment".

Unlike the past five years between the first two stages of emerging technologies, I expect IOT to slide down the slope of the "Trough of Disillusionment", and quickly, due to possibilities of other technology fusion in crafting new products. This is more like catching a lift on the other technology stacks. 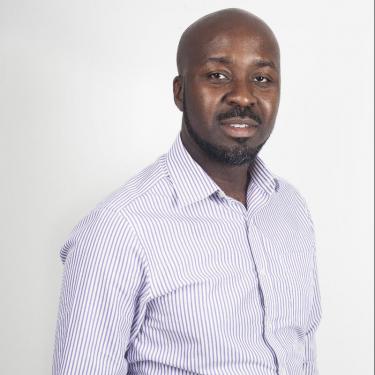