The difference between true leaders and mere custodians

Building the foundation for a season of economic growth requires vision and bravery, and company leaders need to step up and own their decisions.

As South Africa struggles through the COVID-19 third wave, yet more families are struck by the grief of losing loved ones and in many cases the pain of losing income, either through reduced hours or job losses.

The pandemic has eroded our collective confidence, yet as difficult as it seems, now is the time for leaders to stand up, display courage and act decisively.

The alternative is a steady-state of tentativeness, a holding pattern of caution, inaction and indecisiveness. It’s not surprising that the instinct is to freeze; some businesses haven’t survived, and this instils fear.

We need to honestly reflect and ask how many could have made clearer decisions about the future, looked, analysed, acted and pivoted into something else while moving the needle upward?

This is no righteous finger-pointing game − it’s more serious than that. When the odds are stacked against you and you are barely holding onto a cliff edge, slipping inch by inch daily, there really are only two options: wait for the inevitable or make a plan to climb, somehow, somewhere. If it fails, you fall anyway. If it works, you led your organisation when it needed it most.

The only way we will move the economy’s needle in the right direction is by everyone doing so together, and we urge government to make good on its economic recovery plan. Again, with the same urgency: act, and act now. Partnering with the private sector in a deliberate frictionless way will help unlock movement.

From a digital transformation perspective, there also needs to be brave decision-making − now, more than ever. We know that organisations have been sitting on cash piles while flying aimlessly in the play-it-safe holding pattern.

There must be a degree of risk to enjoy the reward. Because the truth is that while most organisations hit pause, the outliers, the leaders, are making bold and brave moves with their business intelligence, artificial intelligence and omni-channel investments, among much more. We know this because we partner with them, and they all share similar characteristics in how they are setting themselves up for a season of growth.

But to get there, it starts with a choice. Business leaders have been analysing the options, the pros and the cons. They have surrounded themselves with experts to give them the best possible insights on various scenarios and investments. We all know the target is on the back of the leader, but ironically it is the leader, him or her, that needs to be brave enough to pull the trigger.

This is no righteous finger-pointing game − it’s more serious than that.

It is an illusion to believe there won’t be restless at best, and sleepless at worst, nights worrying about whether the decision will or won’t pay off. That’s the nature of the game, and it is understanding that vulnerability stems directly from the amount of due diligence that has been conducted. The stars will never align, but you can prepare your own rocket ship.

This type of bravery separates true leadership from people who are merely custodians. However, it all starts with a choice to set up a business for a season of growth.

In our partnerships and interactions, we’ve found there are four things all businesses that wish to prepare for a season of growth need to do. These are:

Building the foundation for a season of growth requires vision and bravery. More than anything, it requires leaders to step up, be brave and own their decisions.

Investments made today, based on methodical and insightful analysis of their future advantage, will set businesses apart from peers who remain stuck in holding patterns or sink.

But, like Theodore Roosevelt’s Man in the Arena, it requires bold action to enjoy victory or defeat, and inaction to know neither. 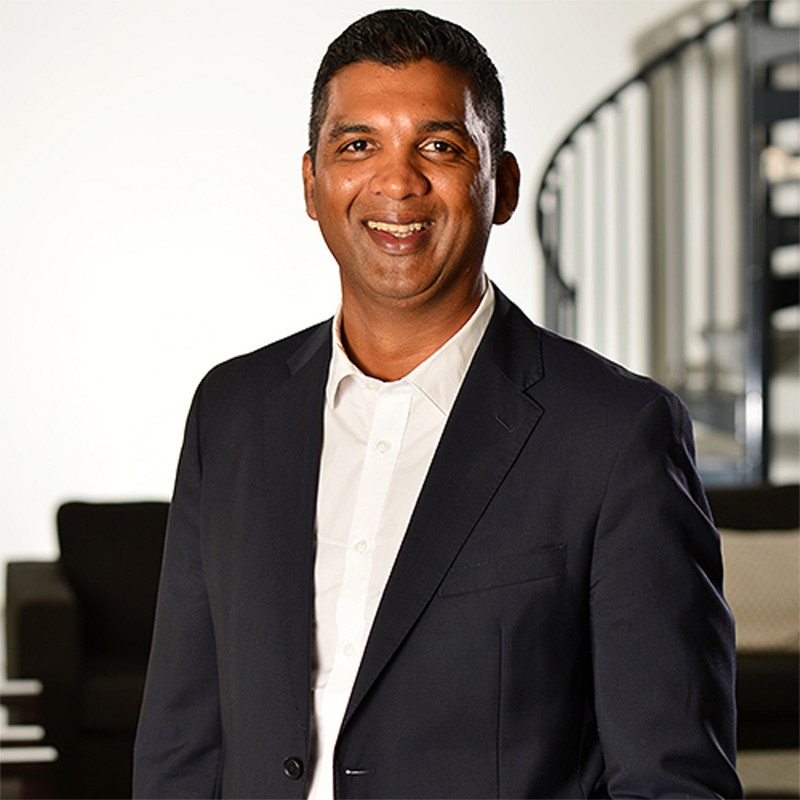 
Collin Govender is managing director of Altron Karabina, having first joined Altron as group executive for shared services. He is known for his strategic and highly pragmatic approach to leadership, as well as an innate sense for driving team outcomes and driving people to realise their full potential.

Prior to joining the Altron Group, Govender was vice-president for sales and service management at T-Systems. Instead of following a conventional route into enterprise IT, he entered the workforce with a Durban-based logistics company, where he was tasked with everything from running cables, building networks and developing code. He later moved to Johannesburg, where he spent 17 years at T-Systems, a German multinational IT services and consulting company.

Looking ahead, Govender is focused on connecting individuals with their purpose in the new digital environment – and finding ways to align purpose with sustainable business practices.