Examining the unintended consequence of forgetting people in the age of the machines.

There is a fair bit of moral panic over the idea that machines are going to take all our jobs, with some reports saying robots and artificial intelligence will replace almost a third of the workforce in the UK in the next 15 years.

This means today it is more important than ever to keep your people front of mind. Especially when considering recruitment and succession planning.

Previously a wash, rinse and repeat approach was fine: make sure you have enough mini-me managers and leaders moving up through the ranks, and a good supply of top talent at entry level. This has all changed.

Today you are recruiting for roles, like data scientists, that have no formal career path. You need to find people who are both comfortable working with machines, and flexible enough to change their roles as the machines get more capable.

Despite the headlines, the sweet spot for the foreseeable future is going to be humans and machines working together. This last point became incredibly obvious during Facebook's last earnings call, where it emerged the company was hiring more people to filter inappropriate content, to make up for the limitations of artificial intelligence.

For companies to be nimble and responsive, they need to prioritise transparency, collaboration, trust and the free movement of the information people need to get their jobs done.

And once you've hooked top talent with promises of barista coffee and a relaxed dress code in the job spec, you've got to keep them hooked. You don't do this by making them work in old-fashioned ways.

In my world, this looks like the way too many companies still do budgeting and forecasting. Usually this is done ineffectively using spreadsheets that get sent around the office like ticking time bombs. The process takes time and is open to errors, thanks to the limitations of spreadsheets compared to better, more up-to-date ways to do this task.

This is also typically a top-down process, with finance dictating budget parameters to non-financial managers, so there is little chance for the budget to reflect the realities of the coalface of the business.

Working like this is not going to fly with the next generation. They digitalise and automate things in their day-to-day life, so why should they grapple with spreadsheets or any other out-dated systems, processes and hierarchies in the workplace? And worse, not having the freedom to innovate and fix these anachronisms and inefficiencies.

An example of this conundrum: There's a thread on the Workplace StackExchange site from 2017, where a developer asked for advice on the ethics of having automated his job. The developer had been hired full-time to maintain a legacy database using SQL scripts.

The job was pretty boring, and after a year the person had written a program that completed a month's worth of work in 10 minutes. An added complexity is that the analyst who created the spreadsheet in the first place typically spent a fair bit of time verifying the completed work because the task was so mind-numbingly dull that it was easy to make mistakes. So ingeniously, the developer deliberately added a few bugs and errors every month, to make it look like a human did the work. In total, the developer spent one to two hours a week on what was supposedly a full-time job.

Interestingly, while the advice that followed was mixed, ranging from 'fess up (and different ways to do this while still keeping their job), to keep doing what you're doing and don't lose any sleep over it. But, the point most people had an ethical concern with, was the introduction of deliberate errors, which wasted other people's time and created the risk that the errors would not be picked up and so enter the live data.

In this case, the developer is a contractor working remotely, so the time saved is spent on things that are meaningful. But similarly, if full-time, on-site employees were empowered to innovate themselves out of their mundane jobs, they would free up their time to do more meaningful, creative and strategic work in the business. Which is a win for the employee and a double win for the organisation; it keeps its good people, and operations are improved, dramatically.

The developer in the story above is an excellent example of someone who is quite happy working hand-in-hand with machines, plus is flexible enough to shift his role as the machines gain capabilities. Unfortunately, his current employment culture doesn't favour this, and in fact, works against it.

Which is a double-whammy for organisations as they start to lose their best recruits, and also start falling behind the digital transformation curve. No number of C-suite appointments will transform your organisation without an influx of the new generation who understand your future market, because they are your future market. For real change, an organisation needs to drive this progress by hiring a lot of people at entry level who understand technology and its impact.

And then, this needs to be underpinned by a shift away from a top-down, command and control leadership culture and hierarchical org chart that is more suited to the industrial revolution and its assembly line. For companies to be nimble and responsive, they need to prioritise transparency, collaboration, trust and the free movement of the information people need to get their jobs done. This will enable better decision-making and more ownership through the ranks.

So, it turns out, our machine-filled future is still all about the people. 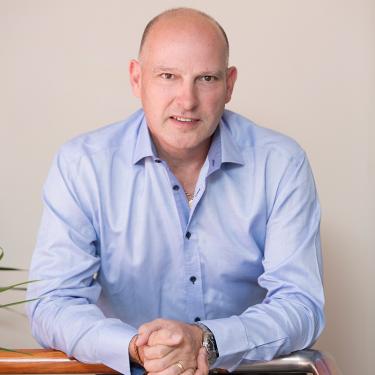