In the thick of the opportunity revolution

The fourth industrial revolution is characterised by a fusion of tech that is blurring the lines between the physical, digital and biological, creating endless possibilities.

There is much media hype around the fourth industrial revolution (4IR) and what it will hail for social and economic development. It is defined as a fusion of advances in artificial intelligence (AI), robotics, the internet of things (IOT), genetic engineering, quantum computing, and more.

One thing is clear: the world is not on the brink of a technological revolution that will fundamentally alter the way we live, work and relate to one another but rather we are in the thick of it.

IOT devices are used in all types of industry verticals and consumer markets, with the consumer segment accounting for around 60% of all IOT connected devices in 2020. This share is projected to stay at this level over the next 10 years.

The most important use cases for IOT devices in the consumer segment are internet and media devices such as smartphones, where the number of IOT devices is forecast to grow to more than eight billion by 2030. Other use cases with more than one billion IOT devices by 2030 are connected (autonomous) vehicles, IT infrastructure, asset tracking plus monitoring and smart grid applications.

The first industrial revolution used water and steam power to mechanise production, while the second used electric power to create mass production, and the third utilised electronics and information technology to automate production.

Now the 4IR has taken the innovations of the third and built on them to create the digital revolution that has been occurring since the middle of the last century. It is said to be characterised by a fusion of technologies that is blurring the lines between the physical, digital and biological spheres.

Today's transformations represent not merely a prolongation of the third industrial revolution, but rather the arrival of a fourth and distinct one.

The speed of current breakthroughs has no historical precedent, as when compared with previous industrial revolutions, the fourth is evolving at an exponential pace.

The speed of current breakthroughs has no historical precedent, as when compared with previous industrial revolutions, the fourth is evolving at an exponential pace. Moreover, it is disrupting almost every industry in every country, with the breadth and depth of these changes heralding the transformation of entire systems of production, management and governance.

It can also be said to be about the internet of everything − from fitness trackers to the smart thermostats used both commercially and in homes, to the fleet-management solutions that tell us when our packages will arrive − IOT is now embedded in the lives of consumers, as well as the operations of enterprises and governments.

IOT is the holy grail of innovation in the 21st Century, as predicted by everyone from McKinsey to Gartner. It largely started with the invention of the cloud and has since accelerated with the advances in both communication technology as well as new engineering innovation of IOT devices.

In a world where many companies suffer revenue declines, it is clear that IT spending is accelerating ahead of revenue expectations. According to Gartner, technology spending has entered a new build budget phase, with worldwide IT spending projected to total $4.2 trillion by the end of 2021, which represents an increase of 8.6% over 2020.

The research team goes on to note that CIOs are looking for partners that can think past the digital sprints of 2020 and be more intentional in their digital transformation efforts in 2021.

Boards and CEOs are much more willing to invest in technology that has a clear tie to business outcomes, and less so for everything else. For example, the IT services segment is among the top three highest growth areas for 2021, primarily due to a boost in infrastructure-as-a-service spending that supports mission-critical workloads and avoids high on-premises costs. The IT services segment is forecast to total $1.2 trillion in 2021, an increase of 9.8% over 2020.

However, IOT is not a panacea for all business ills − according to McKinsey, IOT has faced headwinds related to change management, cost, talent and cyber security, particularly in enterprises.

With this level of investment there are unquestionably opportunities for South African businesses capable of identifying and capitalising on them. IOT start-ups need to focus on finding the right strategic partnerships that are based on mutually acceptable values of trust and respect.

In my next article, I will expand on the state of SA's readiness for the 4IR. 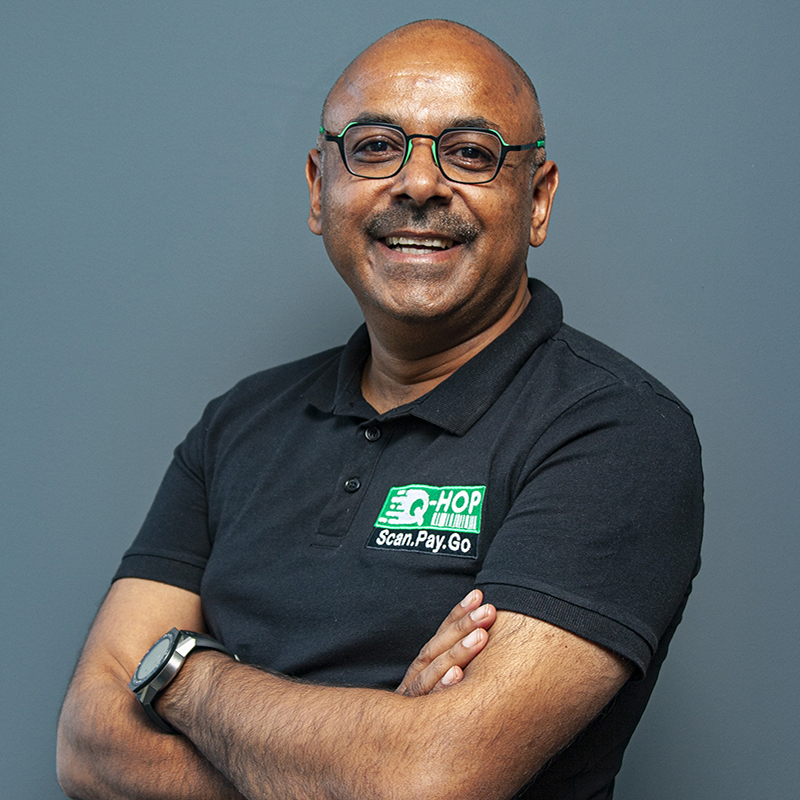 
He is a certified IOT professional and chartered accountant who is a serial entrepreneur who has founded several successful companies, including the Black Lite Group. Lalu has showcased CIRT's solutions at the world's largest IOT conference, IOT Solutions World Congress, Barcelona, 2019, and regularly comments on technology developments.

A guest lecturer at the Gordon School of Business on digital innovation and strategy, he has been involved in technology innovation since 2018.

Lalu is committed to changing the lives of ordinary Africans through his involvement in various NGOs, such as Greenpeace Africa and the Distell Development Trust. He is greatly involved in initiatives aimed at developing SMMEs and tech start-ups, based on his life experiences.