The rumours about e-mail's demise have been greatly exaggerated.

Rumour has it e-mail is dead! Each time there's a step change in the way people communicate, pundits start to debate whether a new technology will lessen, if not remove, the reliance on e-mail. Yet, e-mail remains the most targeted and efficient way for a business to communicate with a customer.

If e-mail was dying, user and traffic statistics would be declining, but this is not the case. By the end of 2019, the number of worldwide e-mail users will increase to over 2.9 billion, representing over a third of the world's population.

Research shows 61% of American workers view e-mail as "very important" for doing their job, and that hasn't changed in 13 years, according to Pew Research Internet surveys figures. What is changing is that all the conversational noise, broadcasting of opinions, sharing of jokes, setting up 'after-work' drinks and social clutter has moved onto other platforms, leaving e-mail to do what it does best - marketing and operational communications from a business to its customers.

However, there are certain communications that will remain on e-mail as long as there is no viable alternative that offers the same advantages, particularly in the business world. Thanks to WhatsApp, a lot of social conversations have moved off e-mail, freeing it up to be used for what it does best.

E-mail does have its challenges - those that bring risk and those that merely irritate. E-mail's success is also its downside - phishing, scams, malware, viruses are all potential security or financial risks delivered by e-mail. As with any medium of interaction, there are simple rules to follow that will reduce the risk of compromise: make sure to run anti-virus software; don't open attachments from unknown or untrustworthy sources; and don't give out sensitive personal or business information through links sent via e-mail.

In 2004, Bill Gates famously predicted the curse of spam would be solved by 2006. Alas, it's not gone, but there are numerous server-side platforms and personal e-mail applications that can dramatically reduce exposure to spam e-mails. Gmail's inbox, for example, learns which e-mails are priority, and puts promotions and social messages into separate tabs.

If e-mail was dying, user and traffic statistics would be declining.

Oversharing: remember those annoying chain letters recipients had to pass on to 10 people to avoid something terrible happening? Those have moved on to social media. And the irritation of being one of 100 people copied on an e-mail - that too has declined.

Today's digital consumer receives and processes so much communication. The challenge for e-mail specialists is to produce relevant and targeted e-mail that cuts through the clutter.

After celebrating its 20th anniversary in 2015, there are many reasons why e-mail will endure for another 20 years. Firstly, it is familiar and ubiquitous. How many times do users chat to someone who "doesn't go on Facebook" or "can't understand Twitter"? One thing is almost certain - that person uses e-mail.

E-mail has very few restrictions - it is capable of delivering rich information in an attractive design with relevant images. It is an ideal medium for telling a story or taking a customer through an experience.

It's also private - no one wants bank statements or medical history delivered to social media. Personal information needs to be encrypted, protected by a password and sent by e-mail.

As a founding member of digital communication, e-mail is entrenched, works on any device and is the foundation of many other digital channels: an e-mail address is required to sign up for social media platforms, online purchases and banking transactions. 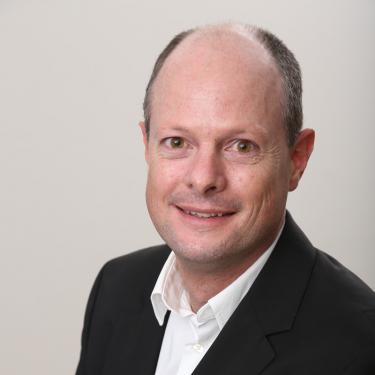 
Ross Sibbald is executive head of Striata Marketing Solutions, an agency focused on leveraging the power of digital communication to achieve the desired results for clients. Sibbald is responsible for the customer experience, financial performance, operational efficiency and talent management of the agency.