How to eat an elephant

The start to end of a process involves breaking it down into sub-processes, and digesting it one bite at a time.

When mapping out a process, a common oversight made by many professionals is the sheer ambition of it! Quite a statement... but let me explain.

Often, a singular process can be so big and complex that the mere thought of documenting it can be daunting, let alone using such a document for other objectives, like GAP analysis or the basis of an automation project.

The other massive caveat to approaching a large process all at once is, more often than not, the end never truly comes to pass. Mostly, there will be a grey area, and if the defining never stops, there will be an inability to move past the initial phase.

How do project teams start and finish a process, then? The answer is actually very simple: sub-processes.

The only way for mere mortals to achieve such mastery is by splitting the proverbial monster into smaller ones that can be defeated. Enter the sub-process.

By splitting up the process, the project manager is not only getting a better idea of 'what' the process is, s/he also starts to form a structure that can be used for planning. Typically, this will take the shape of an overarching process, or skeleton - with other processes forming the body to flesh it out.

As with any process, inputs and outputs are needed. At the sub-process level, this actually helps to eliminate grey areas because each sub-process needs something out of the one before it in order to function.

Above all these sub-processes, a wireframe offers a bird's eye view of where the process starts and ends.

So, now there is the method, how does this actually all get going?

Communication is critical to the success of any undertaking, and unsurprisingly, key to making decisions when defining a process.

Once everyone is on board with splitting up the process into smaller processes, the next big step is deciding which parts are more important than others.

These chunks are handled in phases, at the end of which the project manager will either review or implement, depending on the end goal of defining the process in the first place.

Many companies today implement processes in chunks. There should still be a business benefit even with just a part of an automation project being in place, not so?

Again, this highlights the need for communication, as the chunks must be grouped together in a way that makes sense, especially if the intention is to use a completed piece while working on the others.

An added benefit will be lessons learnt from partial implementations, allowing even better definition of the parts to follow.

The result, in the end, is what the project manager has been aiming for all along: the massive monster of a process, with a clearly defined start and end, no grey areas, and able to cater for variables and deviances.

More than the sum of its parts

As the cheesy television sales ad would say: "But wait, there's more!"

Now that this process has been conquered, there is likely to be more to define, but suddenly, there's a whole toolbox of already defined processes, each with their own inputs and outputs, ready to be re-used.

It is important to hold onto these. In the long run, the time to deliver can decrease dramatically if portions of a big process are defined before starting. This is even truer if the intention is to automate.

Take a finance approval process, for example. It is essentially the same process no matter where it is used. How great would it be to just 'drag and drop' the finance approval sub-process whenever a new process required it?

My next Industry Insight will focus on the return of processes. 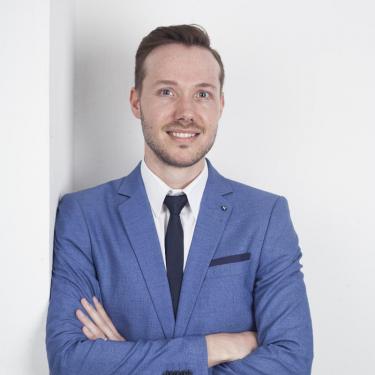 
Jannie Pretorius is professional services manager at Elingo. He is responsible for the projects office, consisting of a team of project managers, business analysts and engineers. Pretorius has over 10 yearsâ€™ experience, and has served in a number of roles, from engineering and development through to consultation and management. During his career with Elingo, Pretorius was the primary engineer and developer for high-profile and established firms, including MiWay Insurance, the Department of Justice, South African Post Office and BMW. His skill-sets are not limited to technical â€“ his true value lies in being able to analyse business processes and advise clients on the best approach to business process automation. Pretorius specialises in recommending growth plans to fit the needs of clients, taking into consideration the complexity and challenges of making such solutions fit into the different layouts and designs of customersâ€™ businesses. Pretorius received recognition for leading a large business automation project for Genesys/Interactive Intelligence's Customer Interaction Centre platform globally â€“ not only for the design of the automation solution, but also its release into business.